Enquire about going on to our database or for a reminder to the General Meeting by contacting us via meetings@travelwatchsouthwest.org

TWSW was established in 2001 as The South West Public Transport Users’ Forum (SWPTUF) to promote the interests of public transport users in the South West of England. Our “South West” comprises the counties of Cornwall, Devon, Dorset, Gloucestershire, and Somerset and the unitary authorities of Bath and North East Somerset, Bournemouth, Bristol, North Somerset, Plymouth, Poole, South Gloucestershire, Swindon, Torbay and Wiltshire. 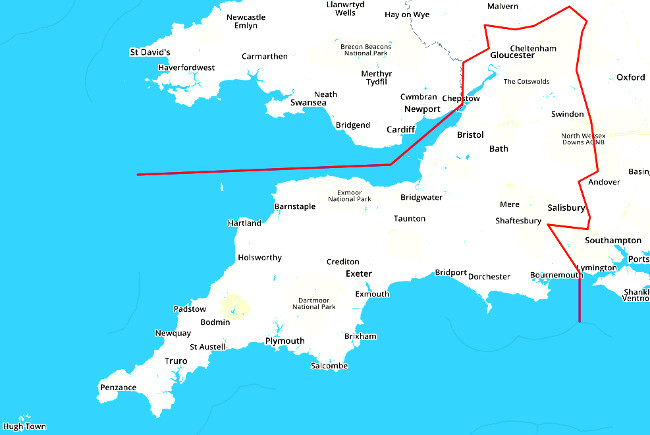 Although our mandated interest is within the area shown, we are very happy to work with members across the border, since travel and transport is all about getting from one place to another!

TWSW, which is a social enterprise company, acts as an advocate for passengers to lobby for the improvement of public transport in the region and works closely with local authorities, business organisations, partnerships and other stakeholder groups – with the dissolution of the former Rail Passengers Committee for Western England in July 2005, TWSW is the representative body for public transport users throughout the South West of England.

A note from the Board

We hope you will read TravelWatch SouthWest’s response to the consultation on the South Western Franchise. This response was put together following two stakeholder events held by Travelwatch SouthWest in conjunction with DfT, and which saw active participation and input by representatives of Local Authorities, LEPs and our many affiliated user groups.

The government has acknowledged, and seeks to improve, the contribution rail makes to the economy, the environment and social inclusion; it has outlined the key strengths of this safe and green mode of mass transit for moving people into and across conurbations, and between population centres and international gateways; and the government has laid out some clear objectives for rail. Our stakeholders particularly welcome the government’s aim of accommodating projected demand for rail, and the objective for rail to tackle capacity constraints, grow new markets and support wider housing and economic development plans.

The last census showed that the country as a whole had seen unprecedented population growth over the previous decade. This growth has continued in the four years since, and is projected to grow further. Bristol and Bournemouth were in the top ten cities or large towns for population and jobs in the decade to 2013. The population profile for the franchise area as a whole shows a higher percentage of older people than the national average. While there are concentrations of younger people around our urban centres with their universities. Both these sections of the population have significant reliance on public transport. With local spatial and economic plans for growth indicating thousands of more dwellings and jobs, the role of rail as part of an enabling transport system supporting the movement of this growing population between their homes, work, learning, medical, and social places is crucial.

We commend to you “The Other Half”; TravelWatch South West’s response to the Rail Executive’s consultation on the South Western Franchise.

2 thoughts on “About us”